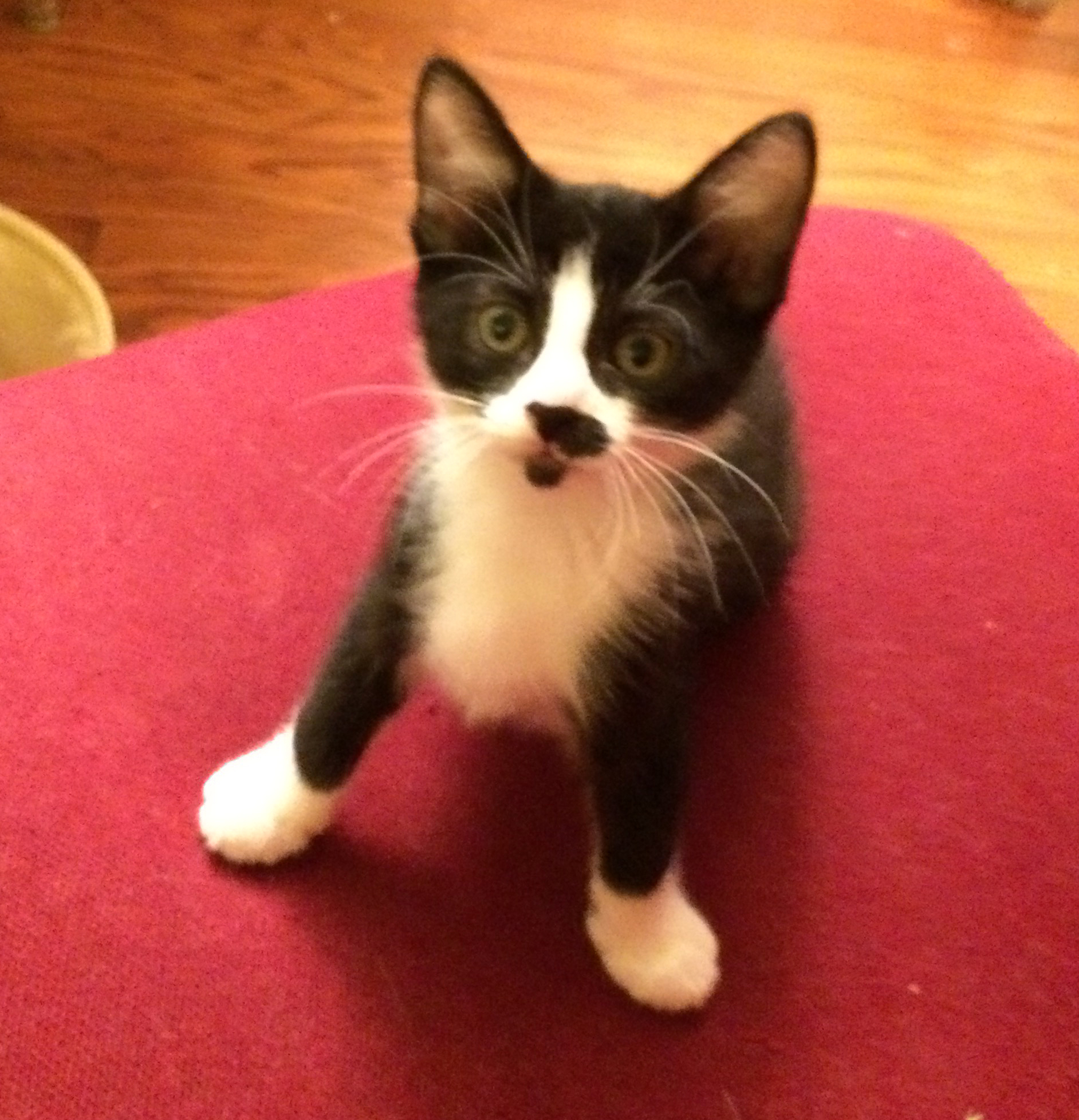 Toulouse is like excited addict when he encounters a pompom. Think of him as a one-kitty “pompom rom-com”–he’s so in love and so funny as he carries a pompom around, plays with it, keeps track of it even when he’s wrestling with his brother, Berlioz. His playfulness extends to the world. With a black smudge on his muzzle like a mustache and goatee, he’s like a swashbuckling, fearless member of the Three Musketeers.
Rescued at four weeks old (now almost nine weeks old), these two could not be more adorable when they’re curled up to nap or galloping through the house after each other (kathunk, kathunk, kathunk). Both have curled up on a human lap (or shoulder), too, making us think they’ll be everything you want in a cat — playful and affectionate.
estimated dob: 3/29/2019
for more information, please email cats@lostdogrescue.org