Last summer our family helped our beloved Sophie dog over the rainbow bridge after a battle with osteosarcoma. A throwaway dog that nobody wanted, she ended up becoming a beloved family member who left a huge void behind when she passed.  By fall we were desperately missing our daily dose of dog – so we started contemplating ways to get more involved in the rescue community. We stumbled onto a LDCRF adoption event in Seven Corners and learned all about Dogventures. That’s when we first met two goofy geriatrics and their wonderfully encouraging champions. Their story broke our hearts – but we didn’t envision being able to help much at that time beyond volunteering to walk some dogs when schedules allowed. We grabbed some info; bought some LDCRF tees; and filed Dogventures away as something we wanted to learn more about.

Fast forward to Christmas time and I asked Santa Paws for just one thing – the chance to enjoy some time with a special shelter pup.  That’s when we remembered Dogventures and reached out to LDCRF.  Amy S reminded us about Coal and Lacey and suggested that they could really use a break from the shelter. I’m ashamed to admit that they had fallen off our radar – but we were excited at the idea. We grabbed up some stocking stuffers and treats and picked them up on Christmas Eve with grand plans to give them a good holiday vacation.

It wasn’t long before Coal showed off his bellowing pipes as he made sure to give us loud and clear directions “FOOD! WALK! ADVENTURE!” – Before I knew it he was in my lap in the front seat rifling through my purse and looking for yummies.  Lacey, meanwhile, appeared incredulous (we hadn’t quite learned yet that her constant expression can best be described as “resting pit face”) . We were wondering what we’d gotten ourselves into

Once we got home the pups scampered about the house checking out their digs – Coal scouting for food and tennis balls; Lacey for a soft place to crash and/or toys to shred.  We did our best to spoil them with Christmas goodies – from extra treats to an endless supply of tennis balls – and some sacrificial stuffed toys for Lacey to mercilessly shred. It was clear that Coal was an anxious bug – and he took some time to settle in.  Lacey, by contrast, was all about soaking up the snuggles and snoozes. That first night, instead of flying reindeer, we were greeted by flying doggos who landed in the bed ready to take full advantage of their temporary accommodations.  They awoke early then next Morning eager to see what Santa left them. We had a big ‘ok breakfast and made sure to share a few bites with our holiday guests. We wanted to give them a good little break….

We went to work sharing their story with friends and family thinking surely, somewhere among all our dog-loving friends and acquaintances, that we would find them a forever home.  We shared pics and posts on our socials and sent text after text.  But we just didn’t get anywhere – most folks already had dogs in their home; and others were afraid they couldn’t take on the needs of an older bonded pair. When the time came to take them back, we just weren’t ready – we figured we might as well extend the foster and see what we could do with a little more time to find an adopter – after all, why not let them be in a home and learn a little more about them?

And we did. We learned that Coal is an anxious sometimes-excessive-barker who likes to “sing” for all to hear  – sometimes to signal the mail has arrived; sometimes to tell another dog a hundred yards away that he’s the boss; sometimes to demand more food; sometimes just for the heck of it.  We also learned he has a penchant for counter surfing and dumpster diving and a flatulence problem that could clear a room. And yet despite these quirks, once Coal began to relax, he showed us he is an absolutely adorable charmer who wants affection and snuggles just as much as Lacey does.  We learned that Lacey is a bow-legged-arthritic-wobbler whose big pittie jowls transport a combo of water and spiddle across the floor (and often onto whatever clean clothes you may have just changed into). We learned that she too can “sing” but reserves her warbling for extreme moments of excitement and/or giving Coal the business. That she will spontaneously jump in your lap and interrupt whatever you’re doing while insisting that scratches and love are the most important thing on your agenda. That she can still tree an unsuspecting wayward squirrel. And that she gets the zoomies when she’s happy!  We even learned both are sometimes inclined to eat poop

In transitioning from Dogventures to fosters, we discovered that these two have more personality and spunk than we could’ve ever imagined from the few moments we spent with them at that adoption event back in fall.  Most importantly we learned, after a couple months of networking and trying to find them the right fit, that their forever home was right in front of us the whole time. We learned that these two seemingly quiet old pups blossomed into frisky sassy seniors who proved to be the cure to our family’s broken heart.  They have brought such laughter and joy to our home – and we could not be more grateful to be entrusted with giving them a place to grow old(er); fat and happy during their sunset years. 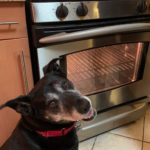 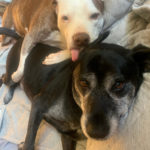 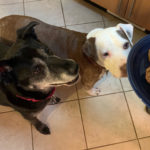 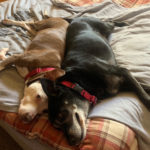 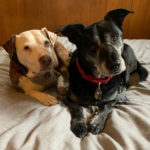 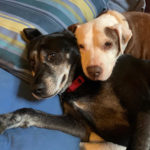 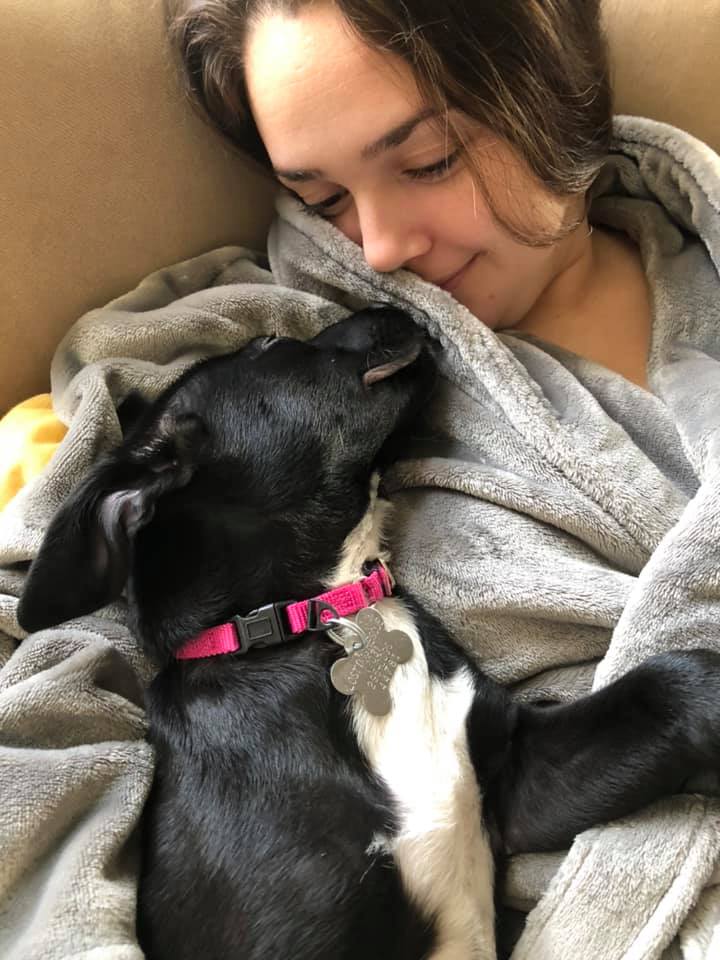 Help us rescue shelter pets when they need us the most.
Donations allow us to keep bringing animals from around the country to safety, and continue to rescue dogs and cats from shelters burdened by the COVID-19 health crisis.

Any and all support is much appreciated, wishing you health and wellness!