I started off fostering Essie when I was interning in the area. I originally went for another dog, but Essie was that dog’s crate mate and wouldn’t get out of my car, so I agreed to foster her too. Despite being an absolute dime, nobody adopted her by the end of the summer, so I used my last paycheck to adopt her. It’s been about 2.5 years since I adopted her, and she just turned 11 but acts like she’s 5.

Her hobbies include: eating whatever I’m eating, ignoring her three expensive dog beds to sleep on a single sock, pretending she’s deaf until she hears a bag rustling, actively ignoring other dogs, and car rides.

Her confidence has gone way up! She used to be scared of her own shadow, but now she lets most people pet her the first time they meet her. Sometimes, she even throws a lick in there.

She’s the first dog I’ve raised by myself and has taught me so much. She is the sweetest, quirkiest dog I could’ve asked for. We both learn a lot from each other. 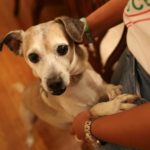 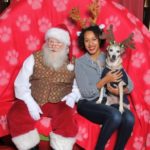 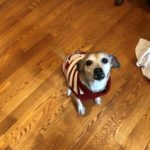