Navigation
We adopted “Trouble”, now Mocha from your on Saturday, October 19, 2019. He joined our female standard poodle, Chloe, adopted from AWLA in November 2011, and our miniature poodle, Chester, another LDCRF alumni from February 2014.
Mocha has gotten groomed and is adjusting to our family life well so far. Attached is a picture of Mocha the day after he was groomed and after he was groomed. Also, a picture of Chester the 2014 grad. Thanks LDCRF for all that you do. It was a pleasure to adopt from you again!! 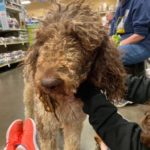 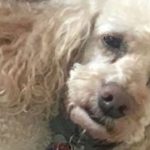